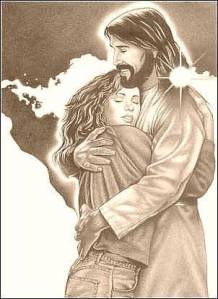 Did you ever say something that was taken the wrong way? Last Saturday, I unintentionally hurt someone I care about.

I managed to make a gifted artist feel discouraged by asking one simple question. Ryan Jackson is the illustrator for a new picture book I wrote. He studied under Chris Van Allsburg, the author and illustrator of award-winning children’s books such as The Polar Express, and Jumanji. So, it’s not surprising that Ryan’s illustrations are breathtakingly beautiful. When my husband first saw Ryan’s work, he literally was knocked off his feet. Howie had to lie down.

Ryan has almost completed all the pictures for our book. Howie and I met Ryan and our graphics designer for some last minute planning. At that meeting, I casually asked, “How hard would it be to change Beth’s hair color?” Since Beth is the central character, she’s in every scene.

That one impulsive inquiry caused Ryan to feel as though I wasn’t happy with his work. Which couldn’t be farther from the truth! The poor young father of three darling little girls has been working through the nights to meet our April deadline. Along I come with a comment which sounds like criticism.

In tears, I apologized.

Saturday must have been the day for accidental misunderstandings. Howie casually reminded our son that it was daylight saving time…time to move clocks ahead an hour. Chris mistook Howie’s reminder as a lack of respect. He was insulted and angry.

Ever since Chris became a teenager, he hated hearing advice from us. Now that he’s 32 yrs. old, he resents it even more. More than anything, Chris would love to own a home rather than live with us. While he saves money toward that goal, he endures living under our roof.

Is it possible to stop parenting? Maybe when a child turns 18, goes to college, enters the military, or gets married, it’s possible. Painful, but possible. Young parents know a day will come when their children will no longer need them. The days of nurturing and providing will end.

A friend once said, “Parenting is demanding. When children are toddlers, it’s physically demanding. During their elementary school years, it’s mentally demanding (helping with homework). Along come those turbulent teenage years and it’s emotionally demanding. Finally, when they become adults, it’s spiritually demanding (as you pray for their bigger needs).”

But, how can a mom stop parenting a child with serious mental illness (MI)? Affection, once happily received, is suddenly rejected. A teenager with MI recoils at a loving touch. Encouraging words once restored joy to a sad child. But, sadness has become depression and loving encouragement doesn’t soothe emotional pain.

We need to find different ways of showing our love. It’s not giving up parenting…it’s giving our parenting up to God. We seek Him in earnest. Our prayers become deeper and more heartfelt. We commit our child’s thoughts and emotions to God who is able to do exceedingly abundantly more than we ask.

The One who died so that we might be forgiven, is there to help us each day. Because He lives, we can face tomorrow.