I wished I could be eight again so I could be a student in her class. That’s how I felt each time I visited Kim’s classroom. Kim respected me as her administrator and also treated me as if I was the most important person in her life. Whenever I popped into her room she’d stop everything. Her face would beam with a sincere smile.

“Well hello Mrs. Chandler,” she’d say as if seeing me for the first time in months. “Boys and girls, isn’t it wonderful Mrs. Chandler had time to stop by and say hello?”

Her heartfelt greeting made me feel as if she’d been waiting all day for me to arrive.

Kim had a passion for people and made everyone feel that way. Everybody who entered her classroom benefitted from the same loving affirmation. Her greeting wasn’t a fake formality but a genuine validation of the person’s value.

Can such a simple reception impact a person? It sure made me feel appreciated and special.

We all need to know we’re important to others. Especially our children who have mental illness (MI). But they may not receive a warm welcome from others. Facial expressions that appear lifeless, tense, or sad don’t invite happy responses.

When our son Chris passes me in our home he often doesn’t make eye contact or smile. Sometimes my happy greeting is met with silence or a grunt. Training me to keep my smiles to myself.

But just as smiles are contagious so are frowns. The typical reaction to a sad demeanor is to avoid the person. The typical emotion of a mother who sees her son downcast is to feel sadness. For a long time my face reflected the helpless condition of my heart. My mind provided the directive to my response: “Nothing can be done to spark his smile, disengage your smile.”

One day it dawned on me that my sad expression only contributed to Chris’s dreary emotions. It occurred to me I could at least give him a warm greeting. Instead of contaminating his mood, I could celebrate his life. Simply by offering a loving smile and this upbeat reception: “Hi Chris.”

Can a warm welcome really have a positive impact on our loved ones who suffer with MI? Think about the power of a look. The glare from a bully, the frown from a teacher, and the scowl from a drill sergeant strike fear in the receiver. On the other hand, the loving glance of an admirer, the proud smile of a parent, and the approving nod of a coach all inflate one’s self-esteem.

I often imagine what kind of look Peter received from Christ when he denied Jesus three times. Luke 22:61 tells us, “The Lord turned and looked straight at Peter.”

Jesus had told Peter he would deny Him three times. So I’m thankful we don’t read, “Christ rolled his eyes and said, ‘I told you so.’”

We don’t have any details describing Christ’s look. But we have plenty of details about His love. It’s forgiving, unconditional, and long-suffering. We can extend that same kind of love to our kids who suffer with MI. We do love our children with unconditional love. But how can we offer a warm greeting in the face of depression? By relying on the One who gave Peter a loving response to His denials. 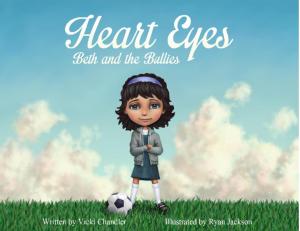 “What if my son wasn’t bullied?”

Is that thought among your what ifs? Do you wonder what role bullying played in your child’s mental illness (MI)? Thinking maybe bullying caused it.

Bullying is painful for the target and for the victim’s mother.

Our son, Chris, was the object of bullying throughout school. His ADHD made him an easy target. Other kids knew how to torment him in class without getting caught. If Chris told them to stop, he’d be the one to get in trouble for disrupting the class. His belongings were often taken from him. Kids teased him at recess. Even beat him up. He got so taunted on the bus that I drove him to and from school.

As he got older, it got worse. In sixth grade Chris became a latch-key kid. My new job prevented me from driving him to and from school. He had to take the bus. When he got off the bus, children harassed him. The school district said there was nothing they could do. The police advised against taking action. Saying it would only enflame the situation. So each day when I came home I’d check him for bruises. Then I’d comfort him and repair his damaged self-esteem.

Just when things seemed like they couldn’t get worse, they did. In high school he joined the marching band. I often watched his peers walk past him as if he didn’t exist. A form of bullying that says, “You’re not worthy enough to be acknowledged.” Someone even pulled a knife on him. In college a teacher whacked him on the head with a book because he slept in class. NOTE: His medication made him drowsy.

Undoubtedly, bullying impacts mental health. The website stopbully.gov addresses the effects of bullying. They state, “Bullying is linked to many negative outcomes including impacts on mental health …”

Some children are bullied more than others. Even just one traumatic event can scar someone emotionally. It’s time to update the old adage: “Sticks and stones may break my bones, but names will never FOREVER hurt me.” Emotional scars can last a lifetime.

Ask my mother-in-law, Mary. When she was alive, she frequently told the story of an incident that happened when she was eight years old.

At home, her parents spoke Ukrainian. So, Mary pronounced ‘soup’ by saying ‘zoup.’ In second grade she told her teacher, “I’m having zoup for lunch.”

Her teacher asked her to repeat what she said.

Mary repeated it and the entire class laughed at her. Including the teacher.

Mary told that story over and over again … even 85 yrs. after it happened.

Bullying has impacted my life as a bystander, parent, educator, and administrator. That’s why I wrote a picture book to empower bystanders. Children who witness bullying are often too intimidated to tell an adult. There seemed to be a need for a book to help bystanders. One that parents and educators could use to teach bystanders what they can do to prevent bullying. Heart Eyes: Beth and the Bullies is now available on Amazon in print or as an eBook.

What’s the worst kind of bullying? Would it be when someone is threatening a person’s life? Imagine if your best friend’s father was trying to kill you? In the Bible we read about David. His best friend’s father, Saul, repeatedly tried to kill David.

David didn’t understand why he was so persecuted. He asked his best friend, “What have I done? What is my crime? How have I wronged your father, that he is trying to kill me?”  (1 Samuel 20:1)

Later in 1 Samuel 30:4 we read how things got so bad that, “David and his men wept aloud until they had no strength left to weep.”

Have you ever cried that much over the tragedy of your child’s life?

The same God who protected David’s life can minister to you. David strengthened himself in the Lord his God (1 Samuel 30:6). Find inner strength in the Lord your God.

We can praise God in our storm because we know He’s with us. ‘Praise You in the Storm’ by Casting Crowns reminds us of that truth. 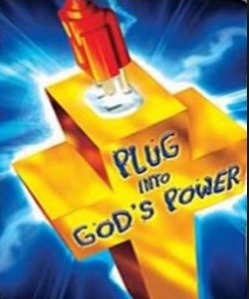 “Just invest a bit of belief in yourself and you too can become a super parent. In exchange for your effort, you’ll overcome all odds. No challenge will overtake you. No trial will defeat you. Call today and request your supply of positive thinking.”

A parent once called me seeking support for her daughter, Susan. She attributed her child’s academic failures to Susan’s poor self-esteem.

“Susan is failing in school. It’s because she doesn’t believe she can achieve success. She’s given up. She has poor self-esteem. Will you please tell my daughter that she’ll get better grades if she tries harder?”

Silence on the other end told me my refusal shocked the mother. As Director of Instruction, it was my job to support teachers and parents. The baffled parent finally spoke.

“I know you can help her improve her self-esteem. Why won’t you tell her she can do it if she tries harder?”

“Because that’s a lie,” I explained. “Self-esteem relies on self. Believing in our own efforts can fail. The Bible offers something more reliable and powerful: God-esteem. We have assurances of His power working through us.  In Philippians 4:13 we’re promised, ‘I can do all this through him who gives me strength.’”

“Does that mean Susan shouldn’t try hard?” questioned the mother.

“No. The Bible tells us diligence is rewarded. The point is to help Susan choose a greater Source for help when things are difficult. When children learn to substitute God-esteem for self-esteem, they’ll feel more empowered. Turning to Him for help will become automatic.”

That conversation left Susan’s mother with greater hope for her child than any self-esteem pep talk could offer.

Many of us feel like Susan. There comes a day when our efforts fail. A trial hits that’s too large. A challenge engulfs us. A challenge that’s too great to overcome. Like dealing with our child’s mental illness (MI).

When faced with Chris’s MI over the years, there were many occasions when I felt my resources were depleted. I had no mental or emotional energy to handle one more crisis. Couldn’t summon any more patience to deal with mental health professionals. Wondered how I’d face another day of unpredictable behaviors. Doubted my ability to hold it together one more day.

In desperation, I ran to the Bible. Thankfully, God’s Word transformed my thinking. I realized my discouragement resulted from a belief in myself. My loving Father led me to verses which assured me of HIS POWER to help me cope.

Here are a few of those verses that became my lifeline.

“Be of good courage, and He shall strengthen your heart, all you who hope in the Lord (Psalm 31:24).”

“Finally, my brethren, be strong in the Lord and in the power of His might (Ephesians6:10).”

Do you fear you’re a failure as a parent? That’s another lie. You know how hard you’re trying. Lack of improvement doesn’t diminish your efforts.  Plug into the divine Source of power. God will strengthen you, renew your hope, and provide guidance.

Hillsong’s song  I Will Run To You reminds us to live in the glory of His grace.